Charles was educated at Bradfield College, Berks followed by Balliol College, Oxford and the Middlesex Hospital Medical School, London. He is a Member of the Royal College of Psychiatrists.

Before being elected to the European Parliament in 1999, Charles worked for several years as a Consultant Psychiatrist in London and was a Senior Lecturer at University College Hospital. Although he had successfully combined political work with medicine while acting as a Councillor in his local Earls Court ward (1998-2000), he was obliged to give up his practice on taking office in Brussels.

Having spent his childhood living in various European cities, Charles is fluent in Portugese, Spanish, French and Italian. He has travelled extensively in South America and Eastern Europe and written political pamphlets as well as extensive publications in the medical literature.

Charles was the deputy leader of the EP Observer mission to the 2004 Ukrainian Presidential elections. The negative findings of this joint mission with the OSCE were a significant factor in mobilising international support for Viktor Yushchenko's "Orange Revolution". He takes a keen interest in enlargement issues.

He is involved politically in a number of cross party Parliamentary groups working to support sufferers from epilepsy, cervical cancer and mental illness. He is a member of the European Cancer Patient Coalition and the EP Intergroup on Animal Welfare and Friends of Tibet. Charles was Founder of the EP Friends of India, a founder member of the EP Friends of the Commonwealth, a member of the advisory board of the EU Friends of Armenia, honorary EP Parliamentary Adviser to Save the Assyrians Campaign and Anglicans for Israel, Vice-President of the European Friends of Israel and the UK Friends of Falun Gong. He is on the Executive Committee of the Conservative Friends of Bangladesh and an Ambassador for FRODO, a UK registered charity which helps Romanian disabled orphans. He is an EP Attachment Host for the UK John Smith Memorial Trust and the Parliament and Industry Trust. He is Chairman of the EP-Taiwan Friendship Group.

Charles is a Commendatore of the Order of St Maurice and St Lazarus of the Italian Dynastic House of Savoy, a Freeman of the City of London, and was awarded the Freedom of the City of Cartagena de Indias in Colombia in May 2006. He was created a knight of the "Order for Merits" 3rd Grade of Ukraine in August 2006. In July 2009 he was awarded the Medal of Mkhitar Gosh of the Republic of Armenia. He is married with three children. 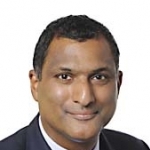 Syed was born and brought up in London. He is married with two children. Syed was educated at the Latymer School, Edmonton. He has a degree from Liverpool University, a Masters from the London School of Economics and a PhD from City University, London. 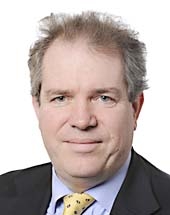