John Marshall has represented the Garden Suburb ward since 1998 and is currently the chairman of the Licensing Committee which is responsible for considering all aspects under the Licensing Act 2003 and the Gambling Act 2005 associated Regulations, not otherwise delegated to the Licensing Sub-Committee.

His main interests are planning and the environment, education and securing value for money. 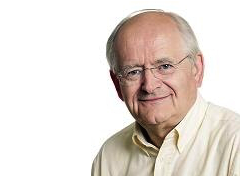