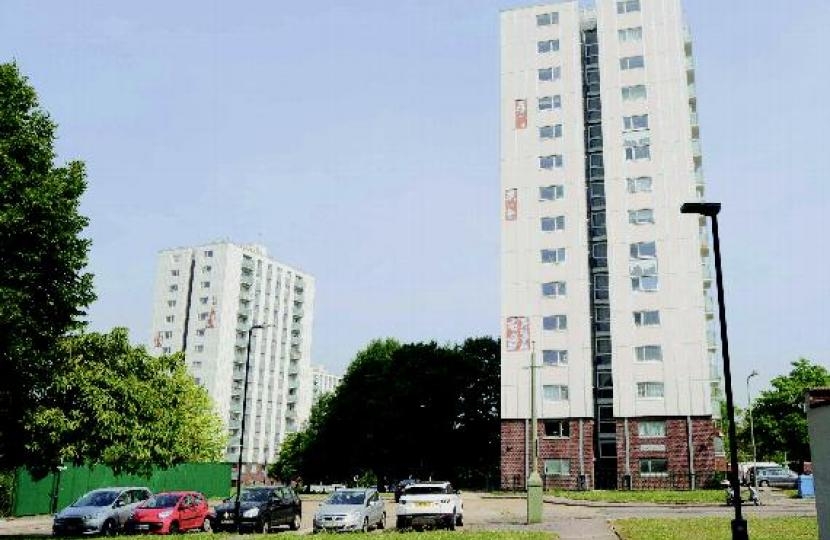 Following the devastating fire at Grenfell Tower in West London, the Government have instructed Local Authorities to carry out fire safety checks on buildings covered with cladding materials.

The Council have also confirmed that they will invest in upgrades to fire safety systems in high-rise tower blocks across the Barnet area. However, the Leader of Barnet Council, Cllr Richard Cornelius, has confirmed that “All Barnet-owned blocks have up to date Fire Risk Assessments and comply with fire safety legislation.”

There are 24 high-rise blocks in the Borough, three having been ‘reclad’ in 2012: Granville Point, Harpenmead Point and Templemead Point. All three were inspected on Monday 19th June and it was concluded that the cladding system used was different to that used at Grenfell Tower.

On Friday 23rd June, however, John Hooton, the CEO of Barnet Council, sent out a press release confirming the cladding would be removed on three Granville Road tower blocks as a precautionary measure. In the meantime, samples from the inspection will be submitted to the Department for Communities and Local Government for further testing.

The Council have said they will carry out safety checks on all high-rise tower blocks in the borough. Barnet Homes have also put in place around the clock fire safety patrols, and an information point at Granville Road will be manned by housing teams to offer on-hand advice to residents.

Barnet Homes have confirmed they will be writing to all tenants to keep them updated on any actions that will be taken once the results from the inspection have been concluded.

Commenting on the incident Mr Freer said: “The event at Grenfell Tower is a tragic reminder of how important fire safety measures are in terms of keeping people safe.

“I welcome the swift action taken by Barnet Council to investigate high-rise buildings across the Borough, and will be following the results of each inspection closely.”