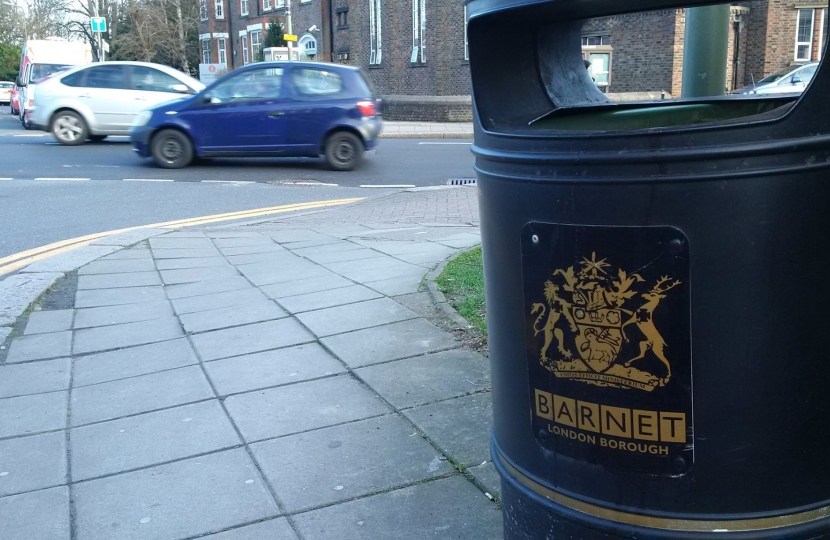 Barnet's Conservative-run council is getting tough on people who litter the neighbourhood with rubbish.

Last month, 28 people were taken to court after they ignored an £80 fixed penalty notice from Barnet Council. If they had paid within ten days, the fine would have been cut to £50. Instead, they were ordered to pay £430 each.

That means that more than £12,000 has been raised from taking litterbugs to task.

Some 2,400 fixed penalty notices have been issued since the launch of the Keep Barnet Clean campaign in July 2016.

In addition, all Barnet roads will be deep cleaned from April using new mechanical sweepers and street vacuums, allowing street cleansing and litter collection to be done more efficiently and more frequently.

Conservative Councillor Dean Cohen, Chairman of Barnet Council’s Environment Committee, said: “This sends a strong message to those not paying fixed penalty notices that we won’t just ignore it. We will continue to pursue the non-payment of fixed penalty notices, and I’m pleased to see that the courts agree that this kind of behaviour is not acceptable in Barnet.”